This video finally proves that the Red Cross did a field test showing malaria was cured using MMS (sodium chlorite+activating acid producing chlorine dioxide) with a 100% success rate in 154 cases within 24-48 hours. This formerly hidden video was kept from the public for over 5 months until recently discovered.

THE IMPORTANCE OF THIS VIDEO CAN NOT BE OVERSTATED! WHY?

The Red Cross staff administering the malaria treatment was thrilled by the success of the test. However, the International Federation of Red Cross & Red Crescent Societies (IFRC – the parent organization) was not thrilled at all. When Leo Koehof released his version of a video documenting the same field test, the IFRC came out with a statement saying, “IFRC strongly dissociates from the claim of a ‘miracle’ solution to defeat malaria” ( ). In addition, weeks and months after the completion of the test, Klaas Proesmans, the narrator of the video, did everything he could to keep the results secret. Note: Proesmans is the Founder and CEO of the “Water Reference Center” which is affiliated with the Red Cross.

Since the late 90s, Jim Humble has been telling the world that MMS safely cures malaria in his books, websites, videos, etc. Many doctors have acknowledged the truth of this claim, but few are willing to say so publically for fear of losing their medical licenses. Since Humble started proclaiming his malaria cure, there has been an active mis-information campaign running to destroy his reputation and claims. This field test vindicates Humble’s claims.

This version of the video includes an introduction by Jim Humble, and followed with comments by Leo Koehof, the person who trained the Red Cross staff on the proper treatment protocol and is seen numerous times in the video. Koehof also produced his own video that he released before this one came to light ( ).

5:25 — Klaas Proesmans talks about how he came across several interesting technologies in the field of water, health and energy, including sodium chlorite.

6:07 — Klaas Proesmans: “It has been said and written that the use of sodium chlorite cleans the body within one hour to four hours of the malaria parasite. That was too good to be true not to go further and do an investigation…”

7:19 — The waving flag of the “Uganda Red Cross Society” clearly shown at the field test site.

9:55 — Leo Koehof speaking at the clinic to Proesmans and staff that he just received test results back from the local jail where prisoners were treated for malaria and cured within 24 hours.

10:43 — Klaas Proesmans: “In total we identified 154 malaria positive patients, together with the local health {authorities} or the doctors. All of them were treated. All of them were, between 24 hours and 48 hours, malaria negative… without any side effects!”

11:07 — Hannington Segirinya, Former Uganda Red Cross Youth Council President: “I’m so much impressed by this water. It’s so unbelievable. From, a layman’s view, you may think it’s impossible. But, I… It’s very possible. I’ve seen people healed. Looks like there are results from yesterday and seeing the results of today after taking the water. It’s super impressive.”

12:35 — Vincent Okonera, URCS (Uganda Red Cross) Senior Branch Manager, Iganga: “I’m excited because of the instant results that are happening among all the people that we have so far tested. It is incredible… unbelievable to see that some were tested of malaria positive yesterday… turns up to be negative today, and feels quite extremely better and more happier and healthier. So, to me this is a very good partnership… and I feel that… if there is opportunity to increase this to this communities, it will be so much of great impact and beneficial to us… to the health of these good people. ”

13:30 — Klaas Proesmans closing statement: “We closed the operation to report back to the Secretary General here in Uganda Red Cross Society. And, to report back to the Water Resource Center about the results of this field test. Now, all in all… a 100% cured people… less than 5 days… all within 24 hours to 48 hours! That asks for further investigation.”

To insure that this information cannot be censored, please download and distribute the original videos located at:

If you have additional info, please send it to RCVideoFeedback@JimHumble.org. 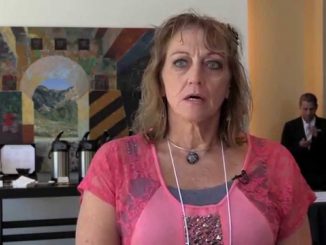 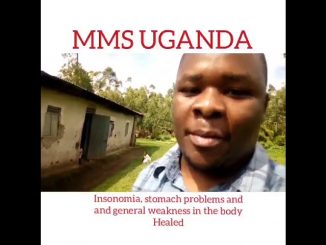 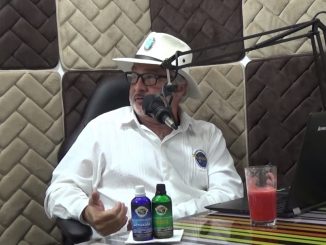